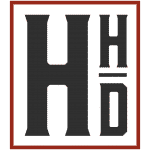 Home Remodel Cost That Will Catches You At a Surprise.

Home remodel will go smoothly is the hope for homeowners and remodelers. If the home was built by a reputable builder and the subsequent owners did not modify it, the home is fine 90% of the time. The other times you may run into surprises when doing remodels. The surprises may incur additional costs as well as extend the timeline further than anticipated. Most home remodelers will try to identify flaws ahead of the time but in some cases, the issue is hidden from plain sight.  Not all surprises are negative, some may have a positive effect on the remodeling process. We will cover the good the bad and the ugly of home remodel in this post.

Walls- If you done any remodel before, you must have heard of the term load-bearing wall before. Load-bearing walls are structural elements that transferring the weight to something underneath it. The easiest way to identify is finding the exact same element to the level below and/or above. We often get requests for wall removal when starting a kitchen remodel as an open concept kitchen will add to the value of the house and aesthetically appealing. Once remodeler identifies the possibility of a load-bearing wall, the remodeler may able to add a beam in replacement to carry the weight. We have also seen walls that is in the same position throughout the house but not a load-bearing wall. The wall is only used to segregate spaces between each floor.

Bulkheads- Bulkhead is disliked by many homeowners. Most bulkheads in the house are to hide pipes and venting. When doing kitchen remodels, bulkheads can be replaced with crown molding. Bulkheads in other places can be decorated with trims. We have also seen bulkhead used to hide electrical and structural components.  If this is the case with your house, we will need to further investigate how these can be handled.

Electricals- Old house built in 1960 and 1970s may have aluminum wiring and that is considered to be a safety hazard. The upgrade cost to replace all the wire in the house is usually in the high thousands. The other electrical item that is simple but a safety hazard is the wiring that was sealed into the wall improperly uncapped.

Subfloors- If you are planning to install vinyl or engineer wood floors, uneven subfloors will be your enemy. Many OSB boards can be swollen or damaged over the years or it may just be installed unevenly initially. There are a few ways to fix, one is placing additional mats to level the floor. Or a more costly option to replace the subfloor altogether. Alternatively, install tiles instead, mud bed can be used to level the floor. Another issue we noticed some of the subfloors is mold. The previous owner may encounter water damages and did a quick job to fix. The mold is a health hazard and needs to be removed, this will also incur an additional cost.

Missing or addition- There are a few surprises that can be uncovered during the demolishing stages, we have seen missing drywall behind cabinets or animals living in the house. We have also seen load-bearing beams nudged too much.

Plumbing- bad plumbing lead to flooding. Wrong pipe size, the wrong angle is frequently discovered in the kitchen remodel we have done. These would not be considered as much as surprises since most of the mistakes are caught right away with the exception of very few. Most of these mistakes seem to be done DIY and the previous owner simply wasn’t equipped with the knowledge to complete the project.

What are some good surprises since we mentioned so many bad ones.

Items hid inside the wall – Older houses tend to have items hid in them by previous owners. They could be antiques, cash, jewelry. These valuables represent the history and of great monetary value.

Great construction material- Again with older houses. The wood used to construct older houses is superior to the material we can buy today. Even the studs were from trees that were aged longer. These wood can be made into other decorative objects in the home.

There are many other types of surprises you may running into while remodeling your home. Make sure to have reserve funds before remodeling and stay positive. A competent remodeler will take care of all your problems.