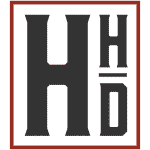 Kitchen has evolved significantly over the years. This article showcases how some of the modern features can influence your kitchen remodel.

Any home with a kitchen that was built after the 1930s should thank the Austrian architect Margarete Schütte-Lihotzky. Her work – the Frankfurt kitchen was viewed as a milestone in domestic architecture. It was the first time the kitchen built with efficient work and to be built at a low cost. It also utilized all the modern unified concepts include sewage, appliances, electricity. This was later viewed as the standard for the contemporary kitchen. This type of design was a leap forward in the evolution of kitchen space. This kitchen

The frankfurt kitchen was built after the war with the social issue of labour usage. Every second of time can not be wasted, every each of space must be utilized. The placement of each workstation must be precise. The design was inspired by railway dining cars as it allows the owner to serve as many meal as possible to its end users. Though efficiency remains a critical component in today’s kitchen but customization is taking a stronger emphasis in the design process.

A decorative hood would’ve never been in trend in the 1920s. It would be considered a waste of money and space. It would also take a substantial amount of time to complete a carpentry project like this, let alone the painting over it. Quartz backsplash shown in the picture is another modern kitchen feature that is trending in recent decades. These types of backsplash remove the need for grout and provide consistent patterns that run from counter to backsplash.  Asian and Italian cuisines often contaminate the backsplash with grease. The quartz backsplash making it easy to clean due to its one-piece structure.

The kitchen space is often used as a gathering area when guest visits. An integrated wine rack with the cabinet is great for a birthday toast or a night of “home getaway”. Without the bottles, it serves as a decorative rack that adds flavor to the design.

Under-cabinet lighting is a useful addition to the kitchen design. The luminosity can be used on romantic occasions or serve as night lights for the after-midnight desert. The light is hidden below the cabinet and plugged in or directly wired in the wall so it will not disrupt the aesthetics of the space. The under-cabinet lighting brightness is usually 4000k neutral white for optimal brightness.

The microwave shelving is optional for many kitchens as we are seeing fewer and fewer clients using the microwave in general as part of a healthy living lifestyle. For homeowners who are still using the Microwave, it is highly recommended to add the shelving in the cabinet mix. This is great to keep the microwave hidden in the kitchen and can turn into bookbag storage when microwave is no longer needed.

Hestia Hearth Design one-stop stop solution for kitchen and bathroom needs. It focuses mainly on cabinetry, countertop, and appliance. It’s service also expands to the design of other spaces and renovation. Hesta Hearth Design is located at 3523B Mainway, Burlington Ontario, Canada.

We believe you matters